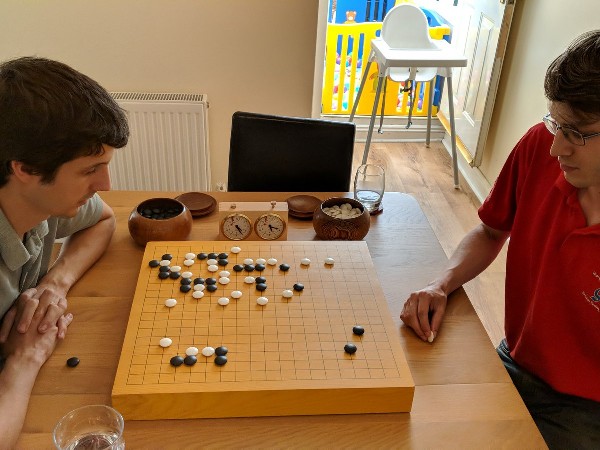 The 2018 British Championship started in April 2017. All those who played in tournaments between April 2017 and March 2018 and ended with an EGF rating of 1900 or higher qualified. Note: This list contains players who may not be members or do not have the required British nationality or residency requirements. The qualifiers were able to play in the Candidates' Tournament from 5th to 7th May 2018 and the best eight players went on to play in the Challenger's League between 26th May to 29th May 2018. Both events took place at the London Go Centre in West London. Note the reigning champion, Daniel Hu, did not play in the Challengers' League this time, as he was not defending the title. The top two from that then went on to play for the title, namely Sam Aitken and Andrew Simons. 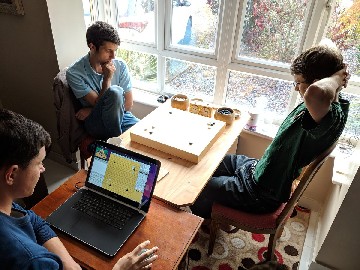 Game 1 in 2018's best-of-three title Match between Sam Aitken and Andrew Simons was on Saturday 21st July at a private venue in Northampton, with live online relay in the British Room on KGS and parallel live commentary by Matthew Macfadyen from 10:30.

Game 2 - on Saturday 13th October at a private venue in Cambridge, with live online relay in the British Room on KGS and parallel live commentary in the English Room by Matthew Macfadyen from 10:30.

Game 3 - on Sunday 18th November in Cambridge, with live online relay in the British Room on KGS and parallel live audio commentary by Andrew Kay. 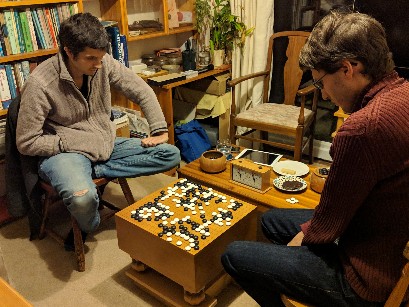