National Go Week was on again, this time it was the first full week in July 2008. 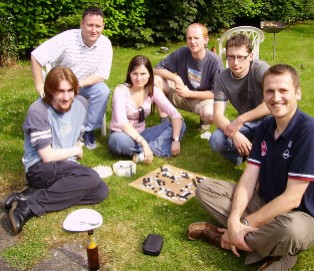 National Go Week was the first week in July 2007.

Various events were held around the country, details of which appear below.

National Go Week 2006 was the first week in July. Various events were held around the country, details of which appear below.

Pictures of the events attended by Peter Wendes (Publicity Officer)

Peter and Sheila Wendes opened their house and garden and had 44 visitors in all, from 6 months old to 78. They hope to do something similar next year. Some photos from Paul Margetts: 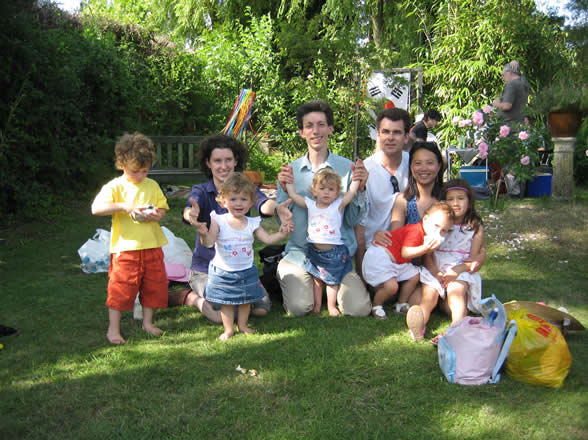 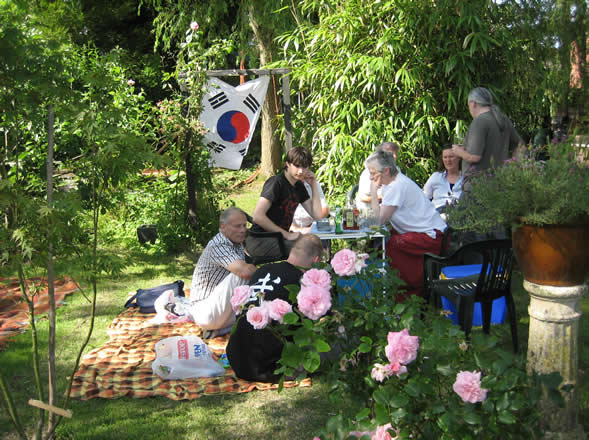 Half the rapidly growing Belfast Club met in Jan's garden for their Go Picnic.

Peter Wendes, BGA Education Officer and Go Teacher, had a very busy National Go Week. Peter and Sheila Wendes provided a special Go cake for the Purbrook Go Club meeting during a busy week starting with their picnic and continuing with a Go session at IBM Hursley, a presentation to asylum seekers in Portsmouth and the worksop in Horsham.

The second West Sussex Schools' Go Fest in 2006 was an improvers' workshop, held as normal in Horsham; the event was known as "Let's Go Further". Aided by dan players Simon Goss and Tony Atkins, Peter and Sheila Wendes taught yet more beginners (13), and also taught more advance Go techniques to two boys who learnt Go last year and to two boys from London Meed School in Burgess Hill who are 17 and 18 kyu already.

The annual Epsom Tournament was held in Go Week instead of its normal August. 48 players took part and the winner was Li Shen (6 dan), the Chinese boy from London. It also featured again the first game in the British Title Match, in which Bei Ge beat Matthew Macfadyen by 3.5 points. 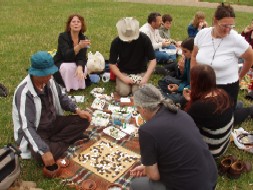 This had been held in Green Park, London, in 2005, and inspired those that followed.