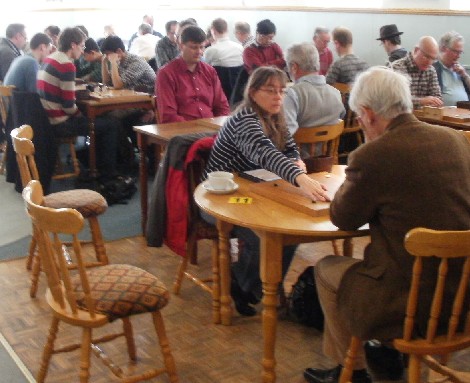 The Trigantius tournament was held in the bar of the Cambridge University Social Club in Mill Lane on the bank of the Cam on a gloriously sunny day.

Taking the Trigantius Trophy, and his second title since taking up tournament Go at the start of 2015, was London's Charles Hibbert (3d) with three straight wins.