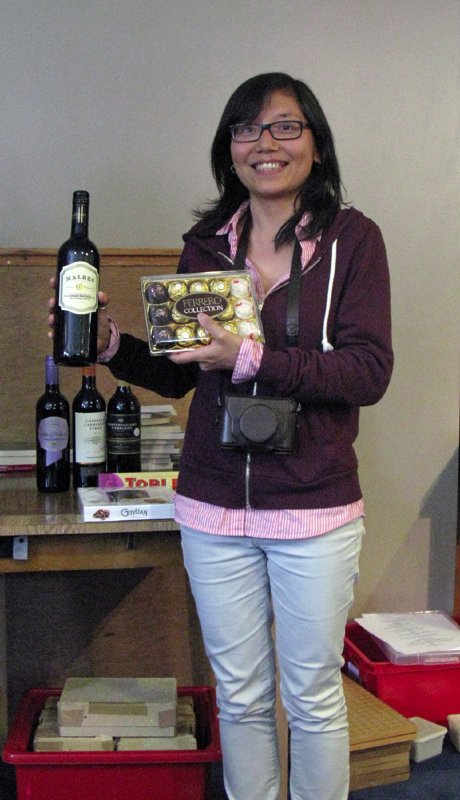 The 23rd Welsh Open was held at the Min-Y-Mor Hotel in Barmouth again, but organised by Martin and Helen Harvey this year, having been staged for many preceding years by stalwarts Tony and Sue Pitchford and helpers. Over the two days, 26 players took part, with the bar at 1 kyu. Encouragingly, all but two players chose to play in the extra (6th) round. This year the playing areas were in two very nice rooms within the hotel (Bistro Room & Family Room) - a change which, whilst forced, was well received.

The weather was overcast most of Saturday, but brightened up on Sunday afternoon. The traditional evening meal on the Saturday was again arranged, and attracted 20 people. The organisers were grateful for this support, which helps keep the hotel management sweet! Sadly, though, the hotel was one chef down for the weekend, which led to some delay in the meal courses, for which apologies are offered.