Fun and Games at Maidenhead 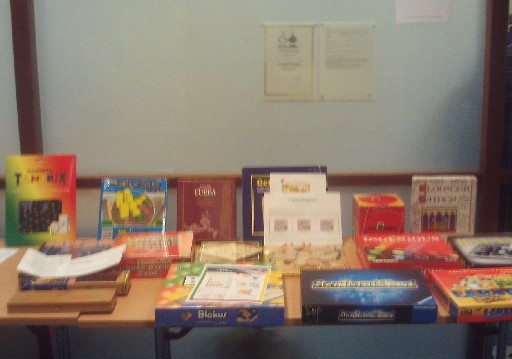 There was much fun and games at the Maidenhead-Hitachi Tournament. As usual it was held at the Whitebrook Park headquarters of Hitachi Europe, though news was shared that due to potential company relocation it might be the last. In between rounds, as well as playing 13x13 games, most of the ten youngsters taking part played different games with Alison, the non-playing organiser. In addition, as well as wine and mystery envelope prizes, the prize table contained a large selection of board games as shown right.

The winner of the tournament was the former Chinese professional, Chao Zhang (6d London), shown right. He beat Jon Diamond, Alex Kent and Andrew Simons to take the title. 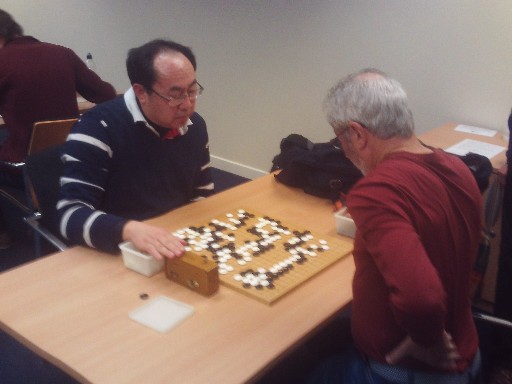