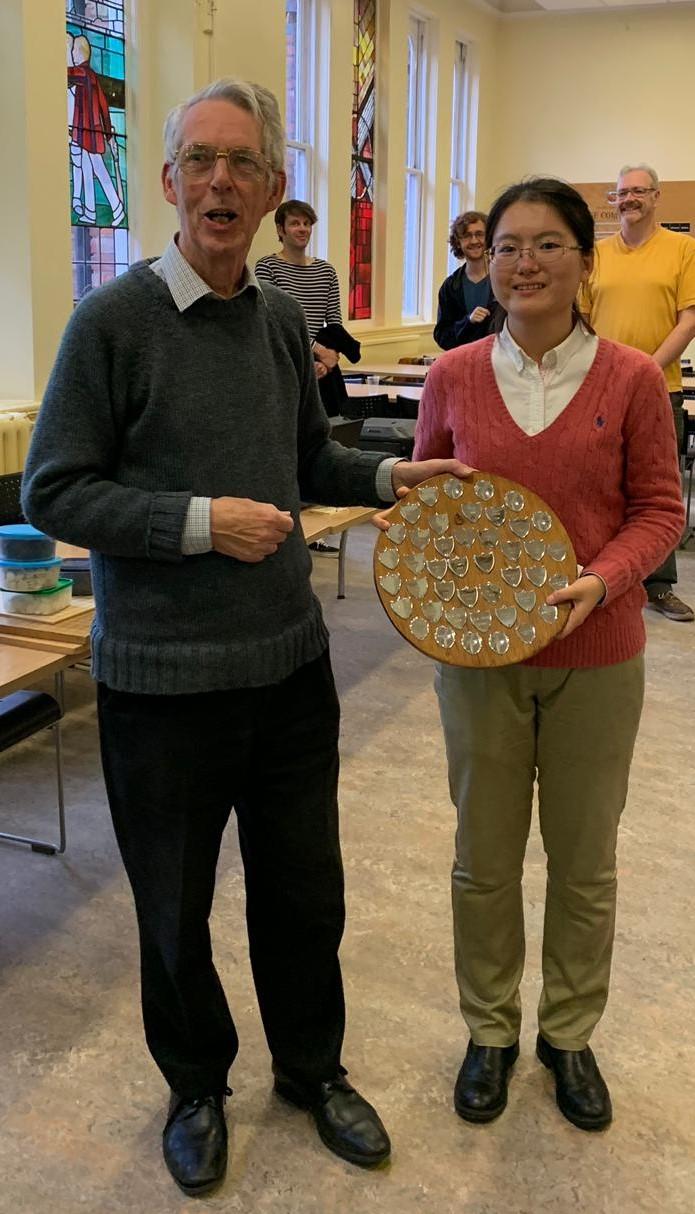 On a pleasant autumn day, Cheadle Hulme School once more hosted the 3-round "Northern" tournament, with 32 players competing - 11 of them CHS pupils. The latter included an intrepid foursome in the first year at CHS, who'd scarcely played on full boards before – but nonetheless had great fun, and learned a lot on the day! We were also pleased to see players who had travelled from as far as Edinburgh and Lincoln.

The overall winner was Jingchen Sun, a 3 dan from China, pictured receiving the winner's cash prize from time-honoured organiser, Chris Kirkham. Jingchen was also awarded the Red Rose Shield, in use since 1975. The shield has now run out of room for platelets of names of annual winners, so Chris showed attendees a large goban he has, with room for many future platelets around its sides; it will surely look most impressive. Jingchen is a new student in Sheffield, as is the runner up, Haolin Cheng, 1 dan.

We are again most grateful to CHS for the venue, and especially to Mike Winslow, Head of Physics, who superintended despite being unwell.