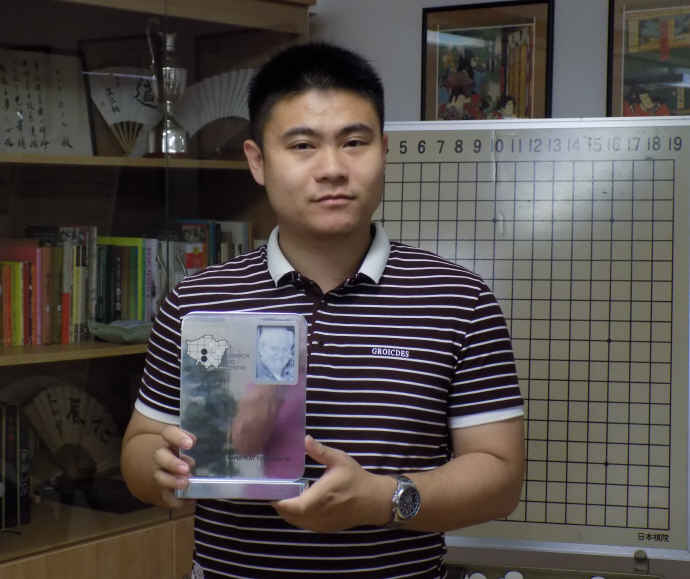 On 7th September 2019 the second T Mark Hall Rapid Play Tournament was held at the London Go Centre. There were 22 entries ranging from 5 dan to 25 kyu, including several youngsters. The winner, with a clean sweep, was first time entrant Zhang Zhiqing (5d China). Second place went to another first timer, Gene Wong (3d), a youngster from Hong Kong. Third was Alistair Wall (1d). The battle below the bar was won by three 2 kyu players, Quentin Rendu, Richard Wheeldon and Paul Smith. Pierre Oliviere was the best-placed DDK and he also kindly brought along some of the youngsters. A special "fighting spirit" prize was awarded to another first timer - Ellis Martin (20k) from Sir John Lawes School - who hung in there despite having no success. Results