The title of this book is not particularly informative, in fact it is a joseki book which says novel things about shapes in particular rather than in general.

The striking difference from any other joseki book in English is that the patterns described have all been developed in the last 10 years, each of the 15 chapters analyses a new move used in top level professional play around 1995. The strong emphasis on trendy new lines will inevitably mean that the book becomes old fashioned more quickly than some others, but players who are keen to catch their opponents in unfamiliar variations will find this book a useful source. 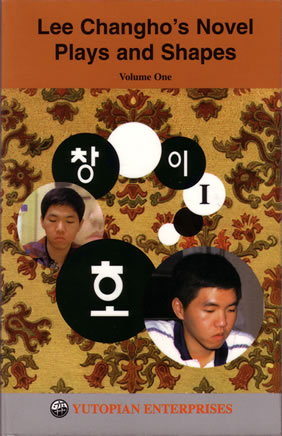 The level of the analysis is high and several of the lines dismissed as unplayable have been used by top 9 dans. For amateur purposes it would be wise to do a fair bit of your own research using the book’s recommendations as a starting point. There are a lot of reasonable looking alternatives which do not get discussed. In any case it will be necessary to form your own views on which lines you like the result of, since the book is a bit vague about just how good the good results are.

Lee Changho is arguably the top player around at the moment, but his moves only appear in about half of the chapters and several of those are rejected as clearly bad moves. The book should be regarded rather as the product of the Go school of which he is a member than as original pieces of joseki research by him alone. This time the book does at least credit the ‘Editorial assistance’ of Mr Yun Chong-Su, who I suspect is the real author.

Sidney Yuan’s translation introduces some new ideas to Go language. There is still no consensus as to the most effective English technical terms for Go shapes and an effective language is still slowly evolving from the 1960’s habit of transliterating everything from Japanese (‘de’, ‘te’, and ‘takabasami’ for ‘push’ ‘move’ and ‘high pincer’ have all long disappeared). I am not completely convinced by the use of ‘diagonal’ and ‘tiger’ as verbs but popular usage will decide what survives. At least these terms are easy to understand. This book is worth buying for anyone who feels that the Ishida Joseki Dictionary suffers for being 30 years out of date and who would like to use more fashionable lines without too much of the element of groping in the dark which inevitably follows from copying lines from recent professional games. But you will need to do some homework to introduce these moves into your game effectively.