Two wins in a row for the UK!

We won our second game of this year against Lithuania 3-1, but are only third in the league on games won. Nevertheless a promising start. Links to the games are available on our main PGETC page 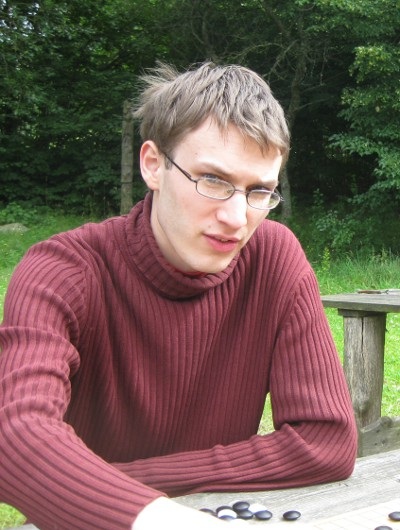 Andrew Simons writes about his game on Board 1:

"My game started with a strange joseki mistake in the Kobayashi opening where my opponent forgot to pincer, but the real fun started when he played a fighting variation in the top right corner. His descent of q18 should have been r18 hane then n16 jump, but taking advantage of that was not easy and we ended up with two eyeless groups of his surrounding my ko-to-capture corner as a ticking time bomb.

He took a big point and I forced the ko, and he resisted one of my threats in a way which meant he captured some of my stones to settle his big group but I killed a nearby group of his in exchange. But to do so I gave him a ponnuki and he suddenly got very thick in the centre which meant my planned invasion at j3 suddenly looked a lot riskier.

I started the corner ko again, using the j3 invasion as threats and he should have just killed my invasion and let me connect the ko, but instead he ended the ko so my invasion lived fairly comfortably and in the end counter-attacked his surrounding group and killed it for a decisive win by resignation (after he tried some nonsense in my territory)."

On Board 2 Jon Diamond made a bad mistake early in the middle game and gave away a group and about 30 points. He struggled gamely on, gradually getting back into the game, and managed to attack a weakish group, almost killing it, but in time trouble it lived and when he ran out of time after the end of the first overtime period was still about 10 points behind...

Des Cann on Board 3 writes:

"In my game fighting started when I allowed a group in my top right to be walled off from the centre in exchange for influence. My opponent pushed me hard in the centre but just when I was getting worried my opponent dropped the ball playing a big point on the right side to strengthen his group there and leaving my walled off group in an unsettled state but giving me the chance to turn the top side white.

My walled off group died but with some aji which soon gave me a ponnuki and I now dominated the centre and bottom. He continued to fight there trying to hold on to all his stones and did succeed in cutting of some of my stones but they had one eye in the kingdom of the blind and he resigned after my adjacent corner group lived in sente."