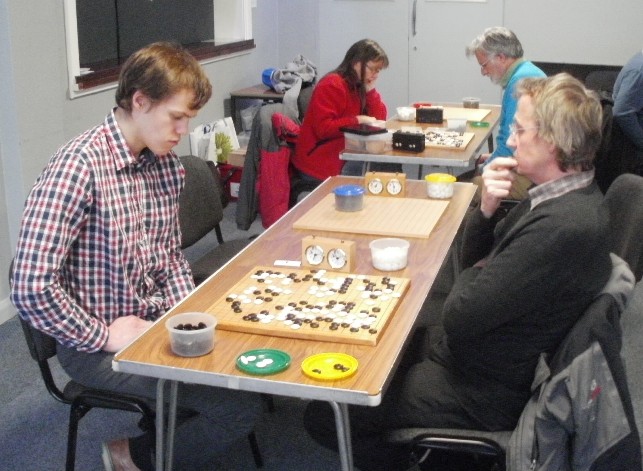 Lucas Baker (2d London), shown on the left left playing Baron Allday, won all his games to win the Cheshire Tournament. The event was held as normal at the Community Centre in Frodsham and alongside the Frodsham Chess Congress.

Others of the 30 players also winning all three games were three of the large team from Cheadle Hulme School: Daniel Atkinson (26k), Jack Nolan (18k) and Jason Brown (16k). In addition the runner-up, Tony Atkins (1k Reading), received a prize and Joel Barrett (20k Manchester) was awarded a prize for winning two games and being told the wrong handicap in his other.

Winners in the self-paired 13x13 side event were youth players Yusuf Ahmed for 12/19, Daniel Atkinson for 9/11 and Matthew Benton for 7/9.