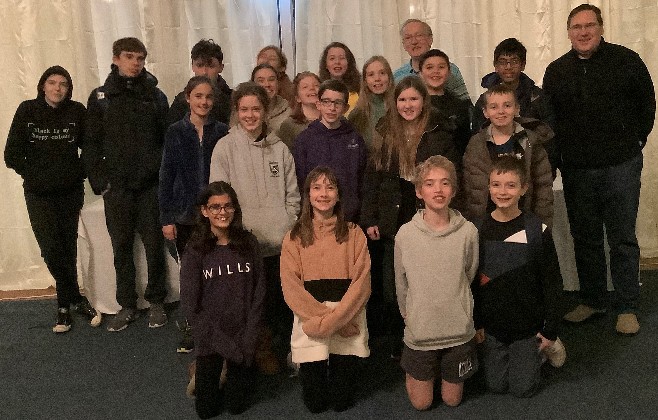 Cheadle Hulme School (shown left) proved they are the top British school for Go by both having the largest team at the British Youth Go Championships and by winning the Castledine Trophy. The top three of their 19-strong team won the team matches to get the trophy, beating Sir John Lawes School from Harpenden (3-0) and James Gillespie's High School from Edinburgh (2-1) (who beat SJL 2-1). The Best Junior School was Harpenden Academy, beating James Gillespie's Primary School (2-1).

The 2019 British Youth Go Championship (BYGC) was held in the marquee of Brownsover Hall, a hotel near Rugby. Its central location attracted 55 competitors, aged from 6 to 17, though train strikes and motorway hold-ups delayed the start a little; ten of the original entries had to withdraw because of illness and other reasons. It was thanks to our youth Go sponsors, DeepMind, that such a good venue was available and all the competitors and adults enjoyed a very good buffet lunch with a variety of hot and cold dishes and even pudding.